How to Cure Snoring In Children?

Snoring is often treated as a hilarious problem that is depicted in movies with a lighter and humorous touch. However, it is a problem that should be given due emphasis, especially if it is seen in kids. Though snoring can be normal but a proper diagnosis will ensure the same.

Snoring is the vibrating sound that comes out due to breathing while sleeping if there is some sort of blockage of air passing through the back part of the mouth. A vibration of the tissues in the throat is caused due to the opening and closing of the air passage. The amount of air that passes through determines the snore  loudness. It also affects the speed of the throat tissue.

It has been seen that kids that are three years or older are more inclined to snore when they are in deep stages of sleep. Snoring becomes problematic when it increases in loudness and becomes regular. This regular and loud snoring can be an indication of a respiratory disorder or nose allergy and in some serious cases, it can be a symptom of sleep apnea.

Here are some of the possible causes of snoring in kids:

Some prominent symptoms of snoring have been listed as under that have to be checked while the child is sleeping at night:

Remedies or Treatment of Snoring

As soon as you detect that your child is snoring regularly, you should get him or her examined by a physician as there can be some serious reasons behind it as well. However, if the doctor suggests that snoring can be healed using home remedies then the following can be tried.

Snoring might be a serious health problem depending on the reason behind it. However, if properly taken care of, it can be reduced and even removed. 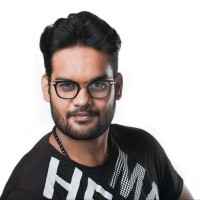 A Detailed Synopsis On Due Date Calculators